I was sorting through some photos this morning and realized I have quite a few images of birds of prey that I've taken here and there but have never gotten around to posting. Some of these shots are marginal at best because I'm pretty lousy at stop-action photography -- something that comes in handy when a hawk soars over your head. Some of the shots are a bit blurry at the edges as well because I've yet to get a 500mm lens that would be a big help with birds too far away for my current lens. But I'm posting them anyway. Also, I readily admit that I'm not only terrible at gull IDs, I'm also lousy with hawk IDs. If any of you want to chime in and correct me on any of these photos, I'd be grateful.

So here's a shot of the one hawk I'm absolutely certain I've correctly ID'ed, the Red-tailed Hawk. Pretty obvious, right? I wish they were all this easy. Looking down at me with curious look on its face is what I believe is a Red-shouldered Hawk. Perching high in a tree is a White-tailed Kite. It's very hard to see here, but this bird has an amber colored eye  inside that black ring. (Here's where I really need a 500mm lens, Santa.) This rascally raptor circled and screeched for days in the airspace over my neighborhood, presumably trying to find a mate. Here it is perched on a giant star a neighbor has high in a tree that lights up each December. I'm pretty sure this is a Red-shouldered Hawk, but don't put money on it. 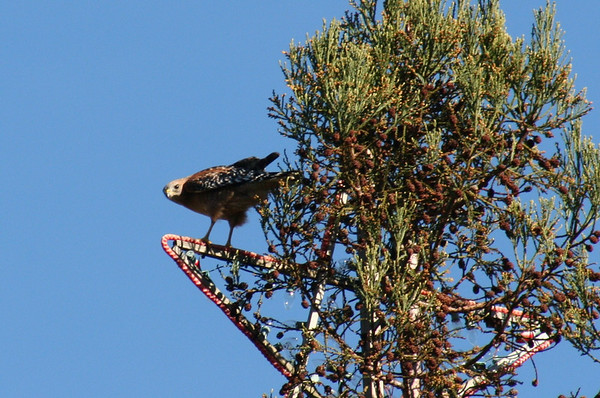 This fine fellow (or gal?) perched on my back fence is a Red-shouldered Hawk also, though not the same bird as in the prior picture, to my knowledge. These two photos were taken months apart, so I don't think it's the same hawk. This lovely perching raptor is a juvenile White-tailed Kite. That black eye ring is already present. As it matures, the buff coloring you see will fade and you'll see a mostly white bird with gray wings. 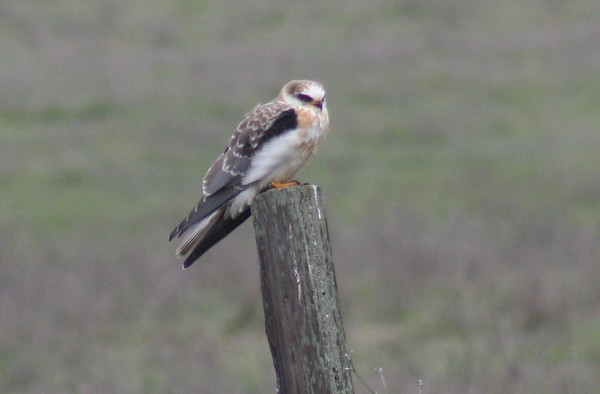 These next two photos were taken just a second or two apart. They appear to be floating because I had to lighten them considerably to see anything since they were taken on a dark, rainy day. I took the first one of the hawk perched on the pole and was about to take another when it swooped down to grab the prey it spied below. Thus you see the second shot of the bird diving straight down, a shot I'll never get again in 100 years. I believe this is a dark morph Red-tailed Hawk. But I'll be the first to admit that I have no idea if that's right or not. In these next two shots, a Northern Harrier is flying over an open field hunting for prey below. This is another raptor ID I'm sure of because that white band across its rump is a dead giveaway. 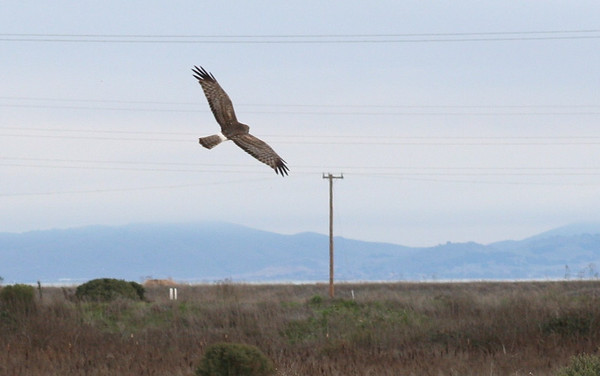 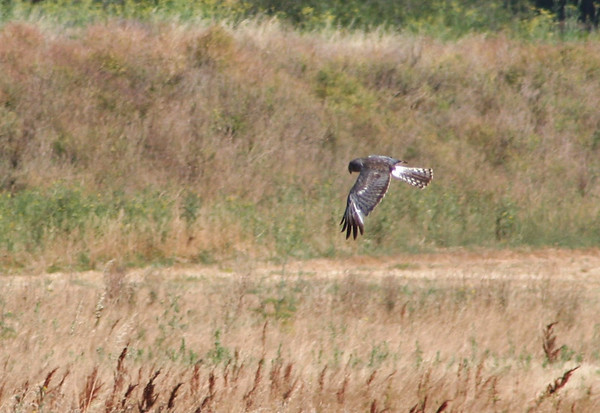 Here we have my favorite raptor of them all, the American Kestrel. This is our smallest falcon and his beautiful field marks and distinctive blue/gray wings, reddish brown tail and black sideburns make him the handsomest guy around. Not the sharpest picture, this was taken through my car windshield. 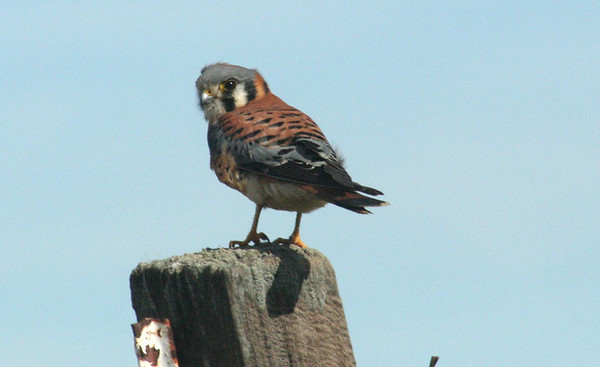 Here we have a White-tailed Kite in action. While the Northern Harrier glides over grassland to hunt, the White-tailed Kite hovers in mid-air while it locks on to its prey below and then dives down to grab it. 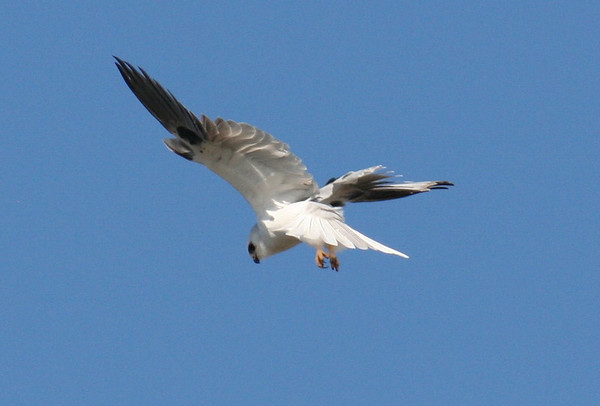 Another American Kestrel, this one with the prey it just grabbed. 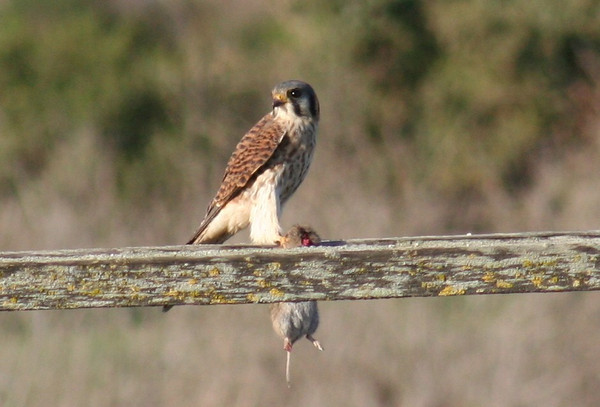 Here's a closer look at a Red-tailed Hawk. This was another instance where I was about to take a photo of a perched hawk and it suddenly took flight, in this case almost directly over my head! I hope you've enjoyed these photos and your comments and corrections are always welcome. Good birding!


Posted by BirdGalAlcatraz at 2:27 PM